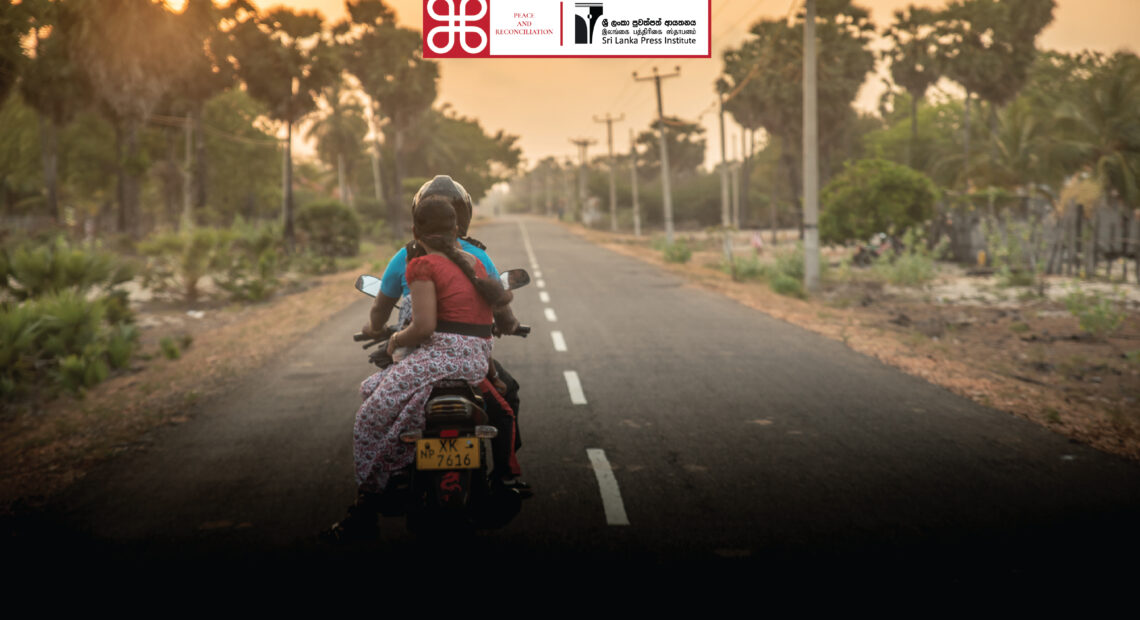 Gender and Identity Peace and Reconciliation

Even though Tamil women receive education and are in employment society, in general, continues to assess them based on their role in the family unit. Therefore, the skills these women showcase through professional achievements often tend not to get appreciated. The situation of the average man, however, is quite different. Their skills, abilities, and aspirations are often reflected in their public achievements. In 1992, when I faced an interview for a position in the media, my being a woman – at that, a Tamil woman, and a stranger to the Sinhalese language and a city with a majority Sinhalese population – prompted many to discourage me from taking up my chosen work. The interviewers remarked, “You are a woman. This is a 24-hour job. This will not suit you once you get married”. They assumed that they were helping me when they recommended a career in teaching instead. In spite of those remarks I persevered and, eventually, they gave in and hired me. This was only the beginning of what was to follow: as a woman in the field, society continued to judge what I was supposed and not supposed to do.

At work, my superiors seemed to decide my lot in the office-based on my gender identity. I was given the women’s section, kids section, and short story and essay writing. Then came problems from within the women’s section. It had been decreed that topics for women must only include her duties to the husband and children, cooking, and beauty culture. Attempts to make any changes to this line of thinking were not tolerated. “These are the topics to choose from. Cooking and beauty tips are a must. You can decide anything you wish for the rest,” the editor advised. I accepted this compromise and, for the remaining sections, began writing about the issues women faced in society. I stirred up some issues by writing sections such as “Questions and Answers” and “Seen and Heard”. I wrote on a few incidents describing the image of women in the world of men and, through my experience, how men perceived women as a whole. At one point I mentioned that, when it came to the world of men, what seemed to matter most was a woman’s physicality. My editor once rebuked me, “You have written about the men in our office!” I had to say, “No! I wrote in general. It is not my fault if you imagine things on your own”.

Men in the office were generally entitled to decide what to do, what to write, and how to write it. The women were likely to be fired from the place if we failed to do the work assigned to us within a preconceived framework. So I had to think about how I could best balance the opportunities given to me with the content I wanted to produce. As I continued to publish on gender equality, there was no space to include tips on beauty while advice for cooking was published as advertisements. I began to feel rather happy.

At one point, there were a few essays short on the editorial page. Therefore, a political essay that I had written earlier (kept pending since it was written by a woman) was published. However, the essay only carried my initials. My colleagues were rather surprised to know it was written by me. They believed that women did not write such political essays and, even if they did, the public would scorn them. It was difficult for people like them to come out of this set stereotype about women.

Later, when I joined another media outlet with some power to make my own decisions, it was possible to gradually change the topics on the women’s page. Here, I was able to present matters of gender equality sensibly. Even then, there was difficulty in bringing up new thoughts and ideas. When I wrote an essay pointing out the democratic characteristics in a family unit – a system that was often structured as a master-slave set up – my female colleagues wrote me anonymous letters in the guise of the general public. In the letters, it was mentioned that my writing was confusing the minds of people and tarnishing the dignity of women. The Human Resource manager showed me letters written about my personal life in a degrading manner. He only said, “Be careful with your colleagues!”.

When a female journalist begins to earn a public reputation, it is often looked on with a sense of disbelief. If her essays were based on political and economic issues, the public grew suspicious whether they were original. When a woman began to write against certain male-centric biases, as a weapon of retaliation, they attacked her morality and way of life. Most often, silent revolts and harassment against female journalists came from within the office itself. It is notable that to this day there are no defined rules or disciplinary practices against harassment in media offices.

In the latter part of the 90s, more women were hired by media companies. These women were not only journalists but were also working in various other departments within the company (IT, accounts, administration, advertisement, etc.). Even then, it was not easy to raise new ideas based on gender. It was impossible within the media industry to analyse and build a conversation about matters related to sexuality and reproduction, or question the concept of virginity in a manner that women would understand life better. Although I was in a position to decide on things, permission was not granted by the management above me to publish my essay titled “Sexuality and the importance of a woman’s understanding of it”. Later, it was possible for me to publish the article in a monthly women’s magazine. My colleagues (including females) who read it challenged me as to why I wrote it. Saying that it was not something that should be spoken of in public, they claimed that I should not have written the article in the first place.

Given the situation in the office, outsiders did not readily volunteer to give information just because we were journalists. Many were eager to know our background and track record prior to giving us official information. I felt this as useless and rather boring at times. Some thought it was completely alright to make sexual advances since we did work that required us to go anywhere at any time. These approaches were generally carried out in a friendly way. I’ve never been curious to explore this avenue, nor did I agree to it in any way which made people stay away from me.

During the latter part of the 1990s and early 2000s, civil unrest took over. When I went to the field to gather information for reports the security forces were curious to know about my background. As my NIC showed the particulars of the region I was born in, I was stopped and questioned in many instances. I was unable to visit my hometown for more than a year as journalists were not allowed to visit that area during that time. At times, I was held up for a good few hours which discouraged my office from employing me in the field. There were many instances where I used to travel with Sinhala journalists but was taken separately for questioning. During such instances, my Sinhalese colleagues would often appear next to us to say “Oh, please inquire us, as well”.

As a female Tamil journalist, it was also quite difficult for me to gather information from various public offices. At the time, we were seen as terrorists. It was rather dangerous to collect even mundane information. Once, I sought some academic data at a public office. A week later two men from the investigation division approached me as if they were there to publish an article. Soon after, they began investigating me. They produced a fake indictment telling me that they have seen me at meetings attended by the President but have never read any news with my by-line. They were not ready to let it go even when I said that I had a tight schedule as a deputy editor and I rarely went out. These men insisted that they have seen me several times. Then I directed them to the management and to the editor-in-chief. The duo left soon after. They had stated that they received an anonymous letter from our office. We were living in such a world where we were likely to be accused of wrongs, interrogated, or arrested on the merest whim: a simple accusation against us could risk our lives. 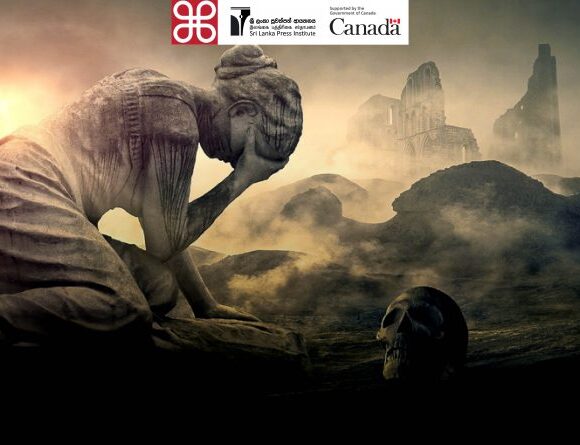 Women in Terror and Women in Peace (Part IV) 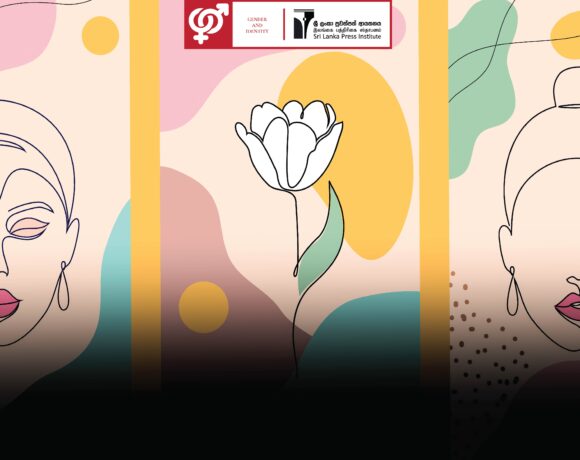 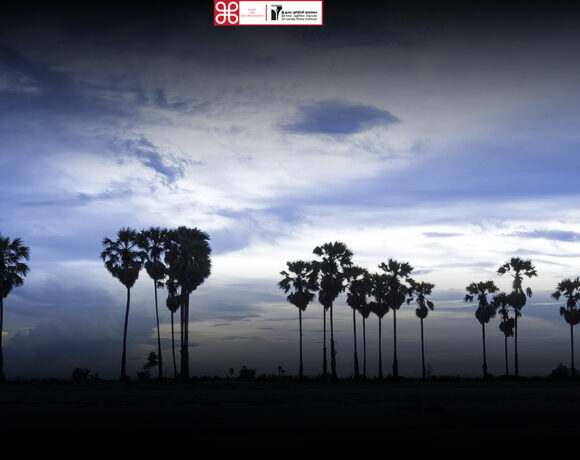