As the political emergency that engulfed the entire country during the 1988-89 period was coming to an end, the “Yukthiya” (Justice) newspaper, which was launched in an Aloy Avenue office, Kollupitiya, was printed and distributed fortnightly. I joined the editorial department of this newspaper as a novice writer during the first half of 1990 when ethnic peace and democracy were among the paper’s main focuses. The editor of the newspaper was Sunanda Deshapriya, a defendant of the main trial against the 1971 JVP insurrection, while the newspaper was printed at the Nawamaga Printing Press owned by yet another fellow defendant, Kelly Senanayake. The newspaper was a publication of MIRJE (Movement for Inter-Racial Justice and Equality) headed by Charles Abeysekera, a prominent Sri Lankan civil servant, scholar, and civil society activist. His daughter Sunila Abeysekera and many other scholars, artists, writers, and social activists who stood for ethnic peace in the country were a part of this organization. As a young writer who came from a very simple background I had to work with writers and activists such as Sunanda Deshapriya, Deputy Editor C.J. Amaratunga, Joe Seneviratne, Sita Ranjani, Mano Ranjan, Charles Abeysekera, Sunila Abeysekera, Dr. Nirmal Ranjith Dewasiri, Prof. Sumanasiri Liyanage and Prof. Jayadeva Uyangoda.

Similarly, in our quest towards reconciliation,  worked closely with us along with Dr. Newton Gunasinghe of the Social Scientists Association, Kumuduni Samuel, and journalists of “Sarinihar”, the Tamil sister newspaper of “Yukthiya”. Together with the newspaper, we stood for the need for a political solution for the Tamil citizens as well as a peaceful solution for the war. When we criticised the anti-democratic activities of the prevailing regime, they burnt down the Nawamaga press. However, activists for justice rallied around “Yukthiya”. The newspaper transcended the boundaries of conventional journalism and became a centre-point for civil society activists, alternative thinkers, artists, and opposition political activists. The “Yukthiya” office became the home turf for the Free Media Movement and similar activities conducted by journalists and media personnel. The Civil Society Movement for Justice organized nationwide rallies and conferences against the culture of impunity in the North and the South under the theme “Freedom from fear”.

The legendary march that commenced from Moratuwa, Koralawella, where journalist Richard de Zoysa’s body was dumped, to the Viharamahadevi Park in Colombo was a major blow to the regime, both locally and internationally. This was because the Free Media Movement, Civil Society Activists, and politicians of the opposition joined the march condemning the assassinations of de Zoysa and Rajini Thiranagama of the University of Jaffna. Leftist artists including Gunadasa Kapuge, Karunaratne Divulgane, Jayatilake Bandara, and Deepika Priyadarshani Peiris joined the movement and managed to console the peace-loving people who opposed the assassination.

I was assigned the task of assembling speakers for the Free Media Movement’s nationwide rallies and coordinating with them. The responsibility of organizing the historically-crucial Nugegoda rally was given to the Free Media Movement. The youth of the Yukthiya Group, myself included, were dedicated to this cause and responsibility. Obtaining the permission of the Assistant Superintendent of Police to hold the meeting was no easy task. It is no secret that Lalith Athulathmudali and Gamini Dissanayake, the political duo who left the government of President Premadasa, provided the support at the grassroots level to spearhead this struggle for democracy and peace.

It was these forces – the “Yukthiya” and “Ravaya” newspapers, civil society groups, and the Free Media Movement included – that sowed the first seeds of President Chandrika Bandaranaike Kumaratunga’s political legacy. Individuals such as S.B. Dissanayake, Mangala Samaraweera, and Dilan Perera became allies in our struggle for peace and democracy. Even they – who are a part of politics in Sri Lanka to this day – might accept that the relentless struggle mentioned above, together with the issue of racism in Sri Lanka and the need for a political solution for the ethnic conflict, became the focal points in many of their early political efforts.

Many of us who were a part of the alternative media believed that the political rise of President Kumaratunga in 1994 would result in ethnic peace through the decentralization of power and structural changes to reduce corruption and waste. Many of us also discussed the need for change and reform within the media. I – who had worked at newspapers such as Lankadeepa, Divaina, Ravaya, Yukthiya, Aththa – joined Saman Wagaarachchi to start the “Lakbima” newspaper for the Free Media Movement with Mr. Bandula Padmakumara. This was a turning point in Sri Lankan newspaper history. The paper stood for ethnic peace from the very beginning. The ideology represented by the editor at the time was a great encouragement to media colleagues from “Yukthiya” and “Aththa” whose journalism had always stood for ethnic peace.

We generously supported the White Lotus Movement launched by President Kumaratunga. “Lakbima” published both my criticisms when the President broke the promises she made to the country, as well as my appreciation of her political proposals for peace talks, her appointment of Lakshman Kadirgamar as the foreign minister, followed by Kadiragamar’s first speech before the United Nations.

As a Parliamentary Correspondent, I even witnessed the United National Party interpreting President Kumaratunga’s political proposals from a racist angle and thereafter setting them on fire in Parliament. In a newspaper article I wrote, I commented on this as a bad omen that went beyond the country’s racial issue. Recollecting her political past, I wrote several political columns about president Kumaratunga as she began to gradually move towards war and forego her stance for ethnic peace. I mentioned that it should not be so because she came forward as an angel of peace.

I always stood against the myth that Lakbima’s advocacy for peace was an impediment for peace and reconciliation. A friend and colleague who came to us from “Yukthiya” once revealed the fake news stories surrounding the monk from Dolukanda who claimed that he could convert rivers into pirith pan (holy water) that cured patients with serious illnesses. The “Lakbima Sunday” newspaper, by achieving sales close to the popular “Sunday Lankadeepa”, was able to explode the myth that a Sinhala newspaper advocating for ethnic peace would not be able to attract readers.

Due to the political interferences of the Kumaratunga rule, Bandula Padmakumara was forced to resign as the editor-in-chief. His replacement came from the Sinhala nationalist newspaper, “Divaina”. Along with myself, my friend who had joined us from “Aththa” was promptly suspended. However, after some time, we were both asked to come back to work. The editor-in-chief called us both to his office and warmly welcomed us. He said the following in a very friendly manner: “This is a Sinhala Buddhist national newspaper. Your NGO ideals are not welcome here. So work carefully and act accordingly.” Neither of us was affiliated with any NGOs; so we simply smile and nodded.

President Mahinda Rajapaksa came into power in 2005 and, after initial peace talks, took to war in search of a settlement for the ethnic issue. Soon after, news of paramilitary operatives began to appear in the news. When many of my colleagues appreciated these actions, another colleague warned me against publishing an article on paramilitary operations under my name. I stated that paramilitary gangs created for political needs have the potential to break away and act on their own. I wrote the article by comparing experiences from the 88-89 emergency. The fears I raised were later confirmed by the actions of these paramilitary groups. At the same time, none of the articles I wrote justified the actions of the LTTE which I characterized as an organization with fascist characteristics.

As the editor of “Lakbima”, when I saw novice journalists glorifying war or wrote articles condemning other ethnicities, I tried to make them understand the values ​​of coexistence. I do not think my advice fell completely on deaf ears. Although the journalists I hired to cover the President, the war, and the ministries should have only answered to their news editor, some seemed to be of the notion that they had to answer to the relevant party or ministry they were covering. Due to this reason, working with some of them was quite challenging. The final result of all this trickled down to a single incident I faced in the dead of night. After that incident, my media friends including Sunanda Deshapriya, Sanath Balasuriya, Poddala Jayantha, and Manjula Wediwardena asked if they could arrange a safe house for me in Colombo. I very graciously refused this offer. I believed that whatever issues the regime had with me could be solved through negotiations. Other Sinhala mainstream media enthusiastically joined the racist groups who were attempting to incite racial violence against the Muslims by claiming that Dr. Shafi from Kurunegala was involved in the sterilization of Sinhala women. But in my capacity, as the editor of the “Lakbima” newspaper, I resorted to scientific explanations instead.

To this day, “Lakbima” has worked towards a political solution for the country’s need for ethnic peace even after the end of the war. Within this, as an editor-in-chief, I have always focused on the need for good media practice by protecting media ethics to the best of my ability. 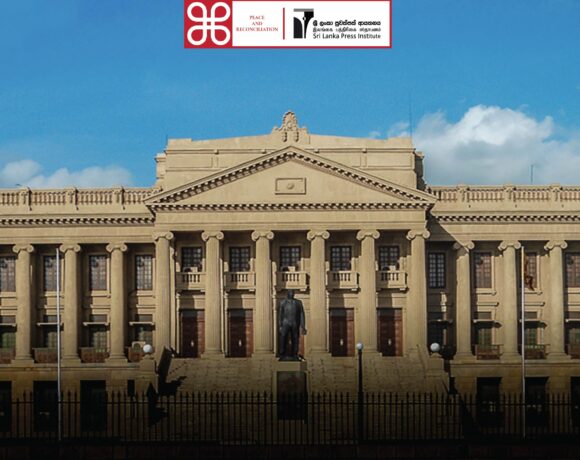 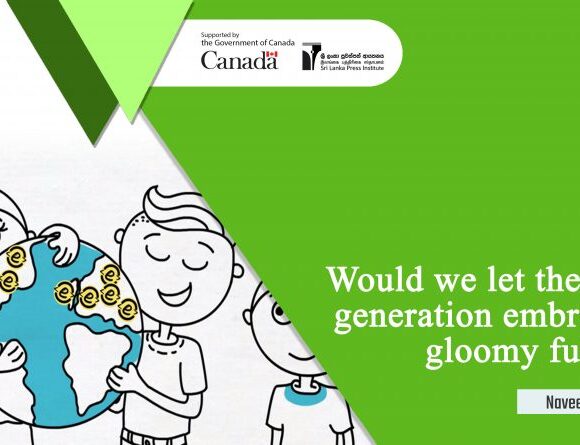 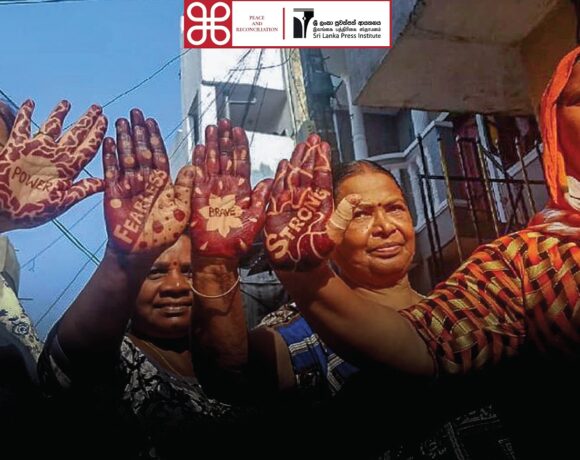