The bugle echoes over the hills of Mihintale. A sound of melancholy for everyone, irrespective of ethnic differences. The mothers, wives, sisters and family members of unsung heroes who died a decade ago, moan for their kith and kin.

The bugle echoes over the hills of Mihintale. A sound of melancholy for everyone, irrespective of ethnic differences. The mothers, wives, sisters and family members of unsung heroes who died a decade ago, moan for their kith and kin.

“My son was 22 years old when he died. He was guarding the village in a bunker when a group of fighters of Liberation Tigers of Tamil Ealam (LTTE) surrounded the bunker and shot him dead. Both Sinhala and Muslim young men were killed in that attack. All of them were home guards. We slept in our houses without fear because they guarded the village. Although my son is not here today, I find solace in the thought that we live happily today because of the sacrifices of our children,” says N.M. Thadeesamma of Sawalakada village of Kalmunai in the Ampara district. She feels kinship with the Civil Defense Force because of her son I.M. Haneefa.

Her son has passed away and her daughter is married and has a life of her own, although alone, the personnel of the Civil Defense Force are like her relatives and her Sinhala, Tamil and Muslim neighbors are very supportive.

145 personnel of the Civil Defense Force sacrificed their lives for the country. A memorial has been built for these men and women with their names are carved on it.  Each year, close relatives of Sinhala, Tamil and Muslim families flock together in Mihintale to share their sorrow and friendship. They engage in religious ceremonies on the behalf of their departed sons and daughters. None of them want war again, instead they want peace.

A.L. Riswana of Kalmunai is a young widow who lost her husband. S.M. Sahir Mahommed, who was killed in a terrorist attack in 2008. She is now a mother of a nine-year-old son and a five-year-old daughter. She makes her living with the support of her mother.

“We live without fear although we lost my husband. We are ordinary people who love to live in peace with all communities. We don’t want to experience war again. Other women will also lose their husbands if war re-occurs. Mothers will lose their sons and daughters. My husband died for peace. They paid for peace with their life and we demand that such a sacrifice should not be treated lightly,” demanded Riswana.

R.M. Abesinghe of Sungawila of the eastern borders of Polonnaruwa district is a father of three children. He is now a grandfather of 12 grandchildren. His youngest son R.M. Tikiri Bandara was killed when serving as a 21 year old home guard in 1997.

“Our village was under the threat of terrorist attacks. Therefore, our sons joined the home guard service as soon as they left school. In 1997, my son died when the Sungawila checkpoint was attacked by terrorists. We would not lose our sons if we had a country without ethnic conflict,” Abesinghe said.

All ranks from Civil Defense Force joined with the families to pay floral tributes and priests of all religions conducted religious observations. Director-General of Civil Defense Force Chandrarathna Pallegama pointed out that Force was an exemplary organization with regard to building peace and reconciliation.

“Our personnel represent all ethnic and religious communities. All of them are engaged in important tasks like agriculture, protection of national heritage and the environment. Both Sinhala and Muslim youth have joined the Civil Defense Force to safeguard historical monuments in Anuradhapura. Persons who belong to all three communities render a yeoman service through Civil Defense Force. They are exemplary. They safeguarded the villages during the war. Now they safeguard the country,” Mr Chandrarathna Pallegama said. 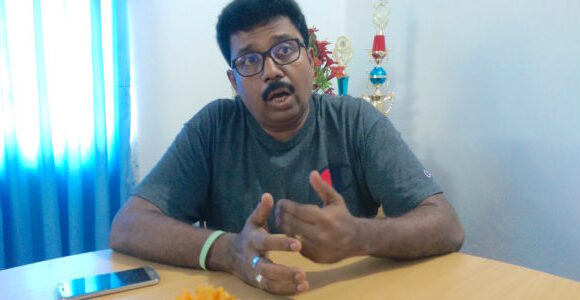 What connects us? Looking Beyond Race & Religion 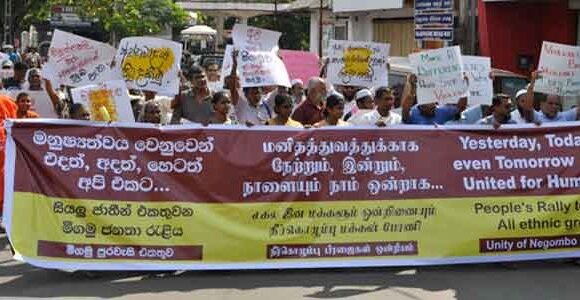 Voices of Humanity in Negombo “Bombs Cannot Defeat Us!” 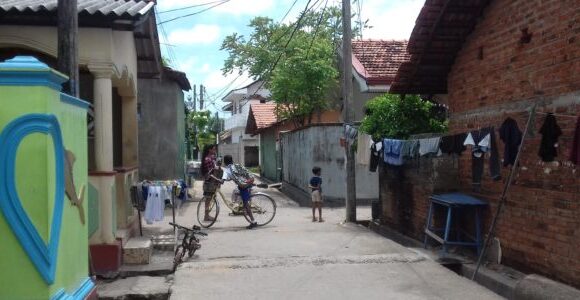 The People of Katuwapitiya “How do we send our children to school?”