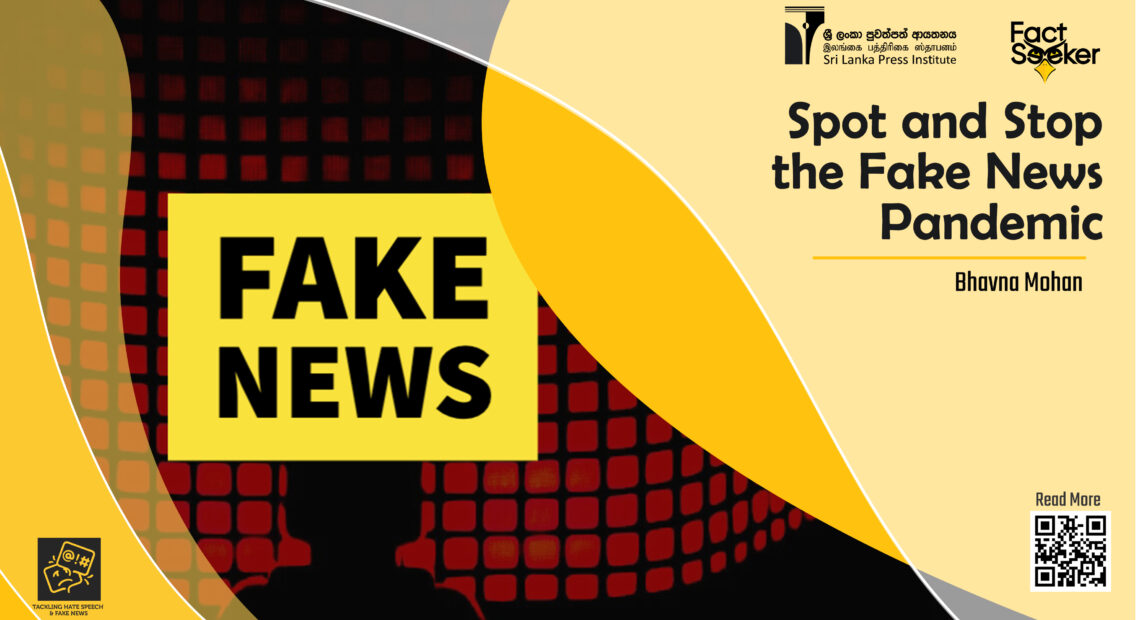 The second wave of Covid-19 experienced across the island over the past few weeks has brought to the forefront a long-prevalent issue – the spread of “fake news”.

Needless to say, this problem is not new to Sri Lanka, which has on several previous occasions, suffered the consequences of fake news.

In 2018, videos containing false information were circulated on social media inciting violence between the Muslims and Sinhala-Buddhists in Digana, leading to the infamous Digana riots in 2018. The next year, fake news attempting to associate Muslims with the Easter Sunday attacks, was spread online in the aftermath, leading to the discrimination of Muslims.

Even this year Sri Lanka saw fake news rearing its ugly head during the first wave of Covid-19; East Asians were subjected to xenophobia, with restaurants and similar establishments refusing them entry, while false information was also spread about how different sects of society were not following health guidelines. The spread of false information on home remedies that cured the virus, teas increasing immunity against it, and several other bogus claims were lulling people into a false sense of security – which is detrimental in times of a pandemic.

Add to that, a fabricated document on health guidelines made to appear as if it was released by the Infectious Diseases Hospital (IDH) was circulated online. It contained home remedies and advice on preventive measures now deemed ineffective and unproven in curing the virus, misleading citizens into believing they could self-manage it.

Evidently, the positive effects of spreading false information are non-existent. Whilst audiences  has been deceived time and again, there is also a spiral effect as a result of this successful deception – as it spreads, it reaches more people and they too act in accordance with the misleading information, which, more often than not, has negative effects.

It is important that we digest the sheer determination and thus the extent to which fake news propagators will go in order to deceive; fake news takes various shapes and forms for this very reason. Instigators go out of their way to make the information appear legitimate. They use various means and tactics to deceive the consumer effectively, so much so that people don’t even think to question the credibility of the information or its source before clicking on the share button.

While the basic definition of fake news is false information portrayed as being true, primarily with the intention to mislead, it’s not that simple to detect (some tips on identifying fake news is included at the bottom of the article).

The many ways in which information can be curated to evoke certain beliefs or reactions while appearing to be true are: information making false connections, manipulated content, fabricated content, sponsored content (even if it is not clear that it is being advertised), false content (when genuine information is shared with false contextual information), satire or parody (a fine line, as it depends on how the person reading it perceives it), imposter content, propaganda, and error (when established news organisations make mistakes while reporting).[L1]

It is not incorrect to expect not to be misled or misinformed by the media. However, in the age of excessive information, both online and off, and thus increased competition, even the press vie for more clicks and shares. News outlets race against time in order to be the first source of information and attach the ‘Breaking News‘ tag to their story. This can lead to unverified information being reported due to the lack of crosschecking with multiple sources or even as a result of lapses in uncovering related information that is detrimental to the outcome of the story. As such, unfortunately, established news organisations too can spread fake news.

Whilst errors in reporting, for which the news outlet issues an apology/correction post-haste, is forgivable, one must keep in mind that journalists and reporters have an added responsibility in their work which comes with the territory of being the fourth pillar of democracy.

Whilst most journalists self-regulate their reporting, they are governed by the Code of Ethics. This applies to journalists, reporters, editors and publications alike, and is included in the Sri Lanka Press Council Law No. 5 of 1973. It stipulates that “every journalist shall (a) use all reasonable means within his power to ascertain prior to publication the veracity of any article written by him for publication; (b) refrain from reporting or causing to be printed or published any matter which he knows or has reason to believe to be false or inaccurate”.

Other laws too, address fake news. These can, and have been used by law enforcement to take action against perpetrators. Sections 465 and 485 of the Penal Code deal with certain forms of false news and statements, while the Code of Criminal Procedure covers it too. Amendments were made to the Penal Code and the Code of Criminal Procedure last year (2019) criminalising the dissemination of ’false news‘ where an offence can be punished with a hefty fine of Rs. 1 million and/or a maximum prison sentence of five years.

Presently, law enforcement authorities mean business when tackling the issue of fake news. Testament to this is two arrests made over the last couple of weeks; an 18-year-old was arrested by the CID in Mettiyagoda for publishing fake news on the curfew using the Presidential Secretariat letterhead, and a 60-year-old resident was arrested in Wellawatte for publishing fake news on the Covid-19 situation.

Essentially, in times of crisis, such as the Covid-19 pandemic facing us today, we as citizens need to be responsible in what we share. As we live in the digital age, when we forward a WhatsApp message or share a Facebook post, we need to realise that it would not only reach the intended recipient or the people on your friends list; it will be forwarded and shared many times over with people we do not know.

So please be mindful about what you share moving forward, because if what you have shared is fake or misleading news, it will start a ripple effect of the spread of misinformation, which is pandemic that will spread faster than Covid-19.

Tips on how to spot fake news

A fake document that was circulating online following reports of the first few Covid-19 cases in Minuwangoda earlier this month. This is a perfect example of the attention to detail by fake news propagators – notice the logos and letterhead. To verify news of this nature, your first step should be to check the websites of the sources included.

[L1]Would be good to include an example of each type of fake news described here. Even links to such examples (in a Sri Lankan context) should suffice. 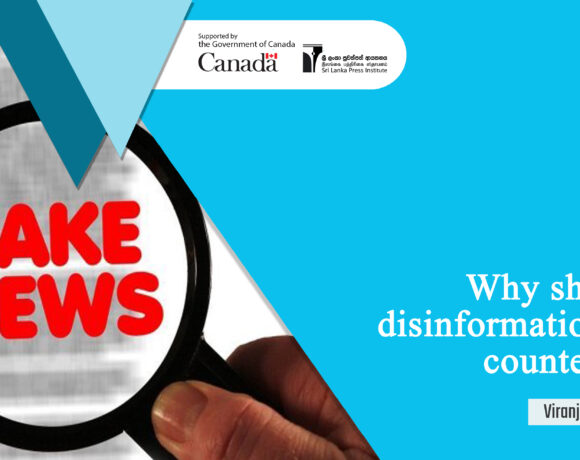 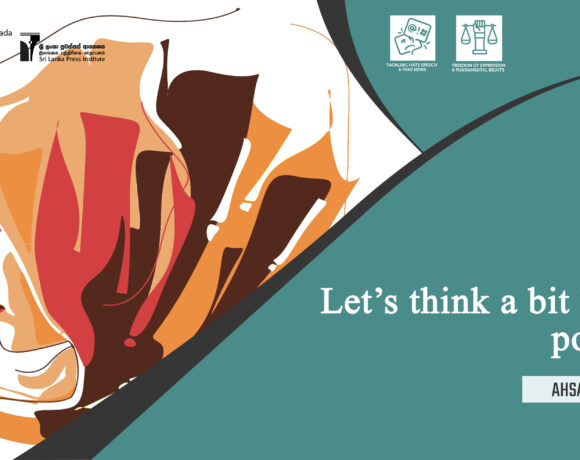 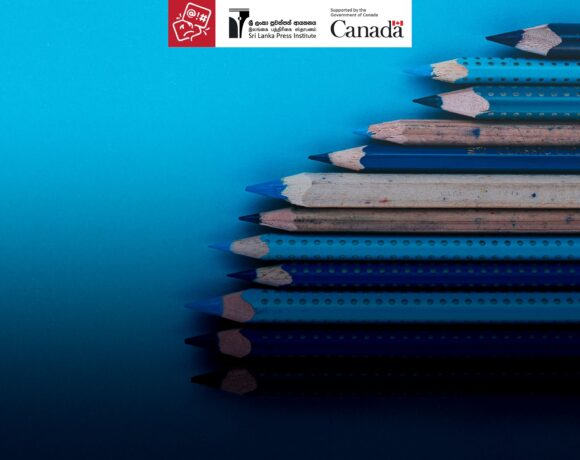 The Virus That Institutionalised Discrimination- Part 1