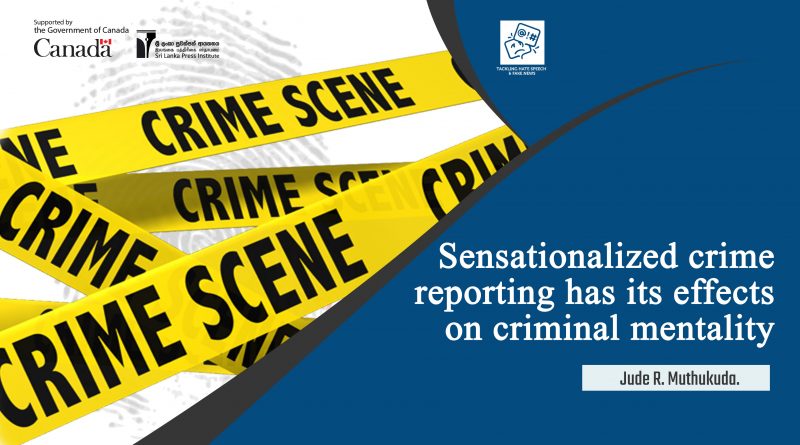 Sensationalized crime reporting has its effects on criminal mentality

More space has been allocated in media to criminal reporting due to the program conducted by the security authorities to eliminate the criminal wave in the country. Many newspaper headlines today are related to murders, crimes, and drug racketeers. At times it comes to mind whether it is due to addiction during the thirty-year-old war that blood is chased so much. It is clear that editors have the freedom to select and report the headline of the main newspaper. What is the media behavior when reporting that should be done with discipline on incidents that directly affect society such as murders and crimes? We can see today entertaining journalism woven creatively and visually appealing on mind unsettling and horrific crime reports. When a Sinhala language newspaper publishes the fearsome main news it can be seen clearly seen that the headline of the English newspaper related to that story is not similar.

Any media has the freedom to report findings of the judicial medical officer or the magistrate on a crime. However most media today reports the confession of a criminal to police neglecting the code of ethics. The journalist should be responsible to report with sensitivity and wisdom when reporting on sad or shocking incidents. There is a possibility that the society can come to a prior conclusion that a suspect is guilty without a proper judicial process. The responsibility of journalist is not to socialize his opinion but to provide an opportunity for a reader to read the report freely and come to a decision. Making a criminal guilty by media is against ethical codes. The law should punish a person who has committed a criminal act. The offense should be proven without a doubt through a judicial process based on the supremacy of law and independence of the judiciary. When reporting on crime information is revealed about valuable witnesses and that can threaten the identity and security of them.

It is media ethics not to publish the name and place of a woman subjected to a sexual crime. But criminal reporting came under severe criticism about the death of Seya child who was killed after a cruel sexual assault. When reporting on sexual crimes and abuse, words such as rape or destruction are used often. Such words give the meaning the woman affected has become impure.  Such words make the affected woman or child cornered from society. She will be disgraced by society. It should not happen. One should take care to use soft words such as sexual abuse when reporting on a sexual crime involving an underage person. A language gives immense support to mold thinking of a society.  A cultured language maneuvering, especially in criminal reporting, is expected through media to mold refined thinking.

Society can be influenced to commit more crimes by lining up sexual crimes making them drawing pictures in the mind and reporting crimes in an entertaining manner. Youth groups with less experience and inquiring minds can be pushed into criminal mentality. It is essential for organizations that publish criminal stories as separate supplements to work with more responsibility and without harming the country.

Is each insensitive reporting is a fault of the media? Or is it a reflection of an insensitive society? These should be discussed at length. When the whole society is subjected to the degradation of values, journalism cannot escape that. But more than in any other day a journalist entrusted with the responsibility of a social cleaner. As Mark Twain said to do only what you think as right. But by doing what the journalist thinks as right he should make certain to reveal the real truth. It is also the responsibility of the journalist.

Will women continue to be on social media or will they give up? 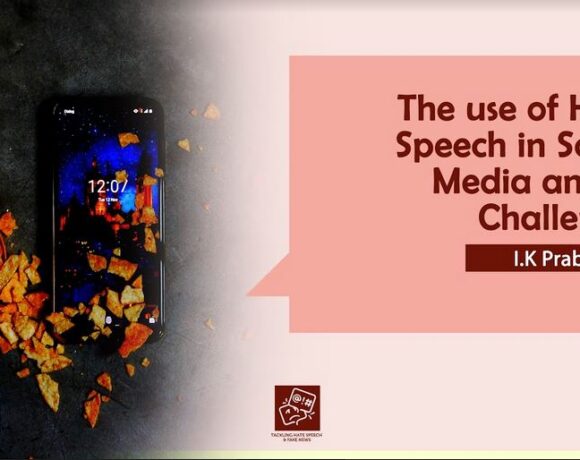 The use of Hate Speech in Social Media and its Challenges

The Discussion of Covid 19 and Burial