“Politicians from the ruling party are using state property for their propaganda purposes to win the election by obtaining preferential votes. These are the ones who are constantly seizing power. But without such political advantages, the other aspirants are deprived of bringing their policies to the people. It is the task of the Election Monitoring Organizations to prevent such practices,” said Ahmed Munas Makeen, Executive Director of the People’s Movement for Free and Fair Elections (CaFFE). Below is a detailed interview with him.

THE CATAMARAN: What is the role of the People’s Movement for Free and Fair Elections (CaFFE) in this election?

CaFFE is an election monitoring organization working nationwide to ensure elections are conducted in a free and fair manner. It also serves as a mechanism to ensure that candidates are given equal opportunity for campaigning and election related activities. 175 monitors have been deployed to monitor activities from the day of filing of nominations to the day of election. Additionally, 2,000 direct monitors will be deployed to monitor the polling stations and their surrounding locales on the day of election.

THE CATAMARAN: Isn’t this the job of the Elections Commission? Why do civil organizations need to monitor elections as well?

THE CATAMARAN: What kinds of complaints do you receive regarding elections?

We received complaints that ludicrous campaign materials, purported to be of Rev. Battaramulla Seelarathana Thero (a presidential candidate), are being posted with his picture on social media. When we contacted the particular candidate in this regard, it was reported that he had not posted any campaign material in social media.  A mysterious group has been doing this in order to divert the election and to project him as a joke to the public. We have sent a complaint to the Elections Commission and the media. False propaganda of this nature should be avoided.

THE CATAMARAN: What legal action is taken regarding election complaints?

We send the complaints to the Elections Commission after verification. There was a massive cutout of a particular candidate in Kiribathgoda on the Colombo-Kandy main road. We immediately sent the complaint to the Election Commission and the Police Department with photographic evidence. The Commission took steps to remove the cutout within 24 hours. We also take steps to verify the complaints we send. During the last provincial council election, when a candidate used the postal department building in the Eastern Province for political purposes, we filed a complaint and prevented the abuse.

Similarly, affluent candidates spend more money to boost their popularity among voters. Politicians from the ruling party are using state property for their propaganda purposes to win the election by obtaining preferential votes. Without such political advantages, other candidates are deprived of bringing their policies to the people. It is also the task of election monitoring organizations to prevent such practices. Our expectation is to create equal opportunity for all parties and candidates.

THE CATAMARAN: How can violence be avoided during the elections?

The sole responsibility for preventing election related violence rests with the public. There are 225 parliamentarians, many provincial councillors and local council members who are actively campaigning in support of the 35 candidates running for the 2019 presidential election.

The experience of our past election observation is that Presidential candidates do not directly get involved in violent incidents. Violence is promoted through provincial councils and local government members who are involved in the day to day activities of the people. We are seeing an escalation in violence with different instructions being given to their supporters by these people.

Minor disagreements have led to perpetual disability and sometimes death. Supporters should take extreme care on this issue. The election activity would end within two months. Even if their supporters do not favor other candidates during this time period, refraining from hate speech will help reduce violence.

THE CATAMARAN: Can you clarify the clause in the law regarding election fraud?

The main fraud with elections is the issue of rigging. A person involved in the act of rigging can be arrested without a warrant and detained. We urge voters to abstain from voting by taking the polling cards of the dead and those who are abroad. We see such activities as electoral corruption.

THE CATAMARAN: What are the monitoring procedures during and after the election period till the counting of votes?

There is good awareness among voters and supporters. In general, all have been monitors. They observe the entire electoral process. At the polling station, election officials, candidates’ agents, and representatives of monitoring organizations are on hand to monitor the situation. When the election process ends at 4.00 pm on election day, ballot boxes are sealed and signed before they are dispatched to the counting centers. Each part of the process is done in the presence of monitors who also have details of how many votes have been cast at a particular polling station. If the votes cast at the polling station and the votes counted do not tally, action should be taken by the Elections Commission.

THE CATAMARAN: How can one make an election related complaints to CaFFE?

Any citizen in the country can file election related complaints by calling telephone 0114341524 or faxing 0112866224. After verifying the complaints, we will take appropriate action. 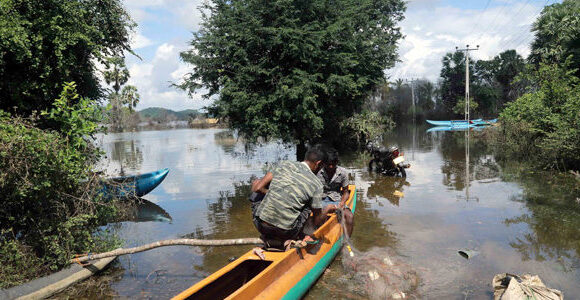 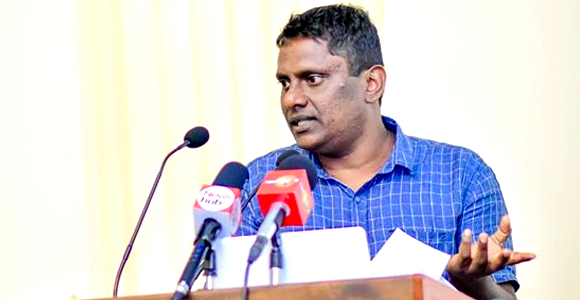 Article 14 vs. Article 15 Freedom of expression is not an inviolable right