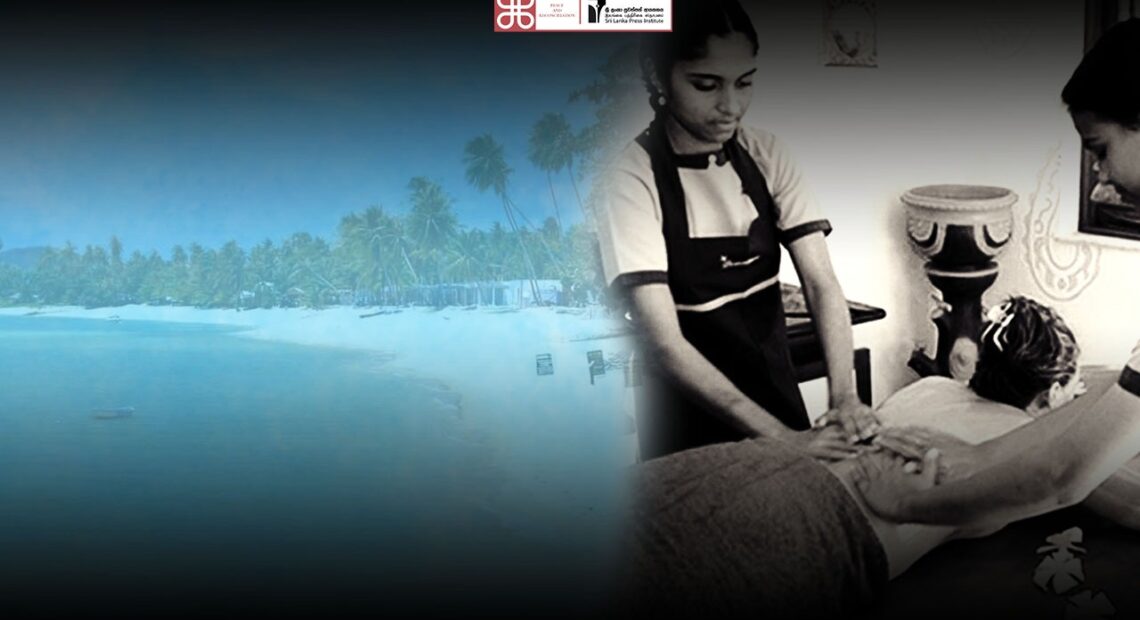 With the end of the civil war in Sri Lanka in 2009, the Uppuveli coastline in Trincomalee became a major tourist attraction. The increase in the number of tourists visiting the Uppuveli beach resulted in a large number of resorts and hotels being built in the last few years in the Aleswatta area of Uppuveli.

The lives of many poor and oppressed women we meet in Uppuveli are full of miserable tragedies. Some of them have seen Colombo, which is about 265 kilometers away, only on television. For several years, the mushrooming of spas in Aleswatta has encouraged young women from remote Sinhala villages to flock to the Uppuveli area. A culture that is new for Tamils in the area began to rapidly develop over this time. Sinhala businessmen from Trincomalee and the South were the authors of this new “spa culture”. Spas are regarded as vital for the area’s booming hospitality industry. Ayurvedic spas are in demand among foreign tourists as indigenous Ayurvedic treatment – a system with a holistic approach to treatment – is one of the growing market components of Sri Lanka’s Wellness Tourism.

Ayurveda Commissioner Ramani Gunawardana was recently quoted by the “Daily Mirror” as saying that there were currently only 15 licensed Ayurveda centers in the entirety of Sri Lanka. Five of them operated in Colombo and the other 10 licensed outlets were outside the capital. The vast majority of self-proclaimed spas, Gunawardana claimed, were illegal centers. Recently, 50 new applications for licenses had been rejected by the Ayurveda Commission. The commissioner further stated that illegal spas mostly operated with the support of influential people and politicians. The majority of the spas that were opened in Aleswatta over the past few years operated without approval or required standards. They were protected by influential elements in the area. Many of these outlets provided sex services to men from Trincomalee and outside.

Dr. Sepali Kottegoda, the Director of Women and Media Group, briefly explained the situation of sex workers in Sri Lanka: “If a young woman has to resort to sex work without her consent or prior knowledge, perhaps because of unemployment, it constitutes trafficking,” she explained. “The solution for this is to create job opportunities and spaces where these young women can be employed”. However, the situation was different if a woman over the age of 18 took an informed decision to provide sex work, Dr. Kottegoda added. “The majority of young women who end up at spas in Trincomalee, I think, are victims of trafficking. Trafficking is a criminal offense. On the other hand, sex workers must also have rights. There’s an explanation that sex work is not a crime even if the person who sells someone for sex work and the person who seeks services are wrong,” she said. “As far as I understand, what is happening in Trincomalee is that these women are getting exploited due to sex trafficking.”

On 30 January 2019, a growing objection against this new “spa culture” among Tamils living in and around Aleswatta erupted as an organized campaign. As a result, the authorities had to close down all the Ayurveda spas operating without a legal basis and accepted standards. A Tamil youth who did not want to be named said, “They did a completely different business under the cover of running a spa: things that were not good for our culture. After the protest, the local authorities ordered the closure of all these spas. Only two of them were licensed. Places without legal licenses were run by paying bribes to certain individuals”. Following the closure of all unlicensed spas, the spa-owning Sinhala businessmen complained to the authorities that the anti-spa protest was an expression of racial hatred. As they pointed out, it demonstrated the reluctance and jealousy of the Tamil community in Aleswatta over the involvement of Sinhala businessmen in expanding tourism in the area.

Through this incident, we can observe how attempts were being made to manipulate racial polarization to assert trade dominance. The event brings to light how several issues in several layers confront each other. On one hand, several conflicting factors like the right to sex work, legitimacy, and community mentality on sex work surface through this incident. On the other hand, it draws attention to several ethnic-related frictions at the local level that demand attention in the country’s movement towards peace and reconciliation. 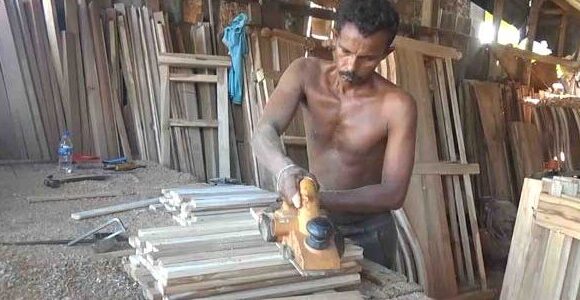 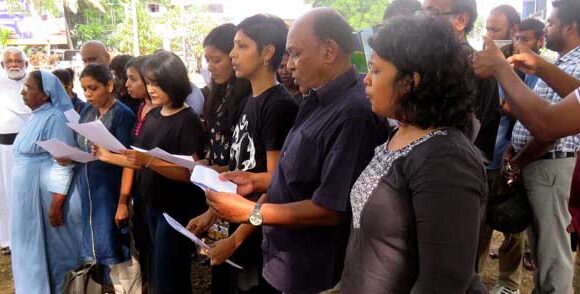 Singing the National Anthem Where is the Tamil Identity? 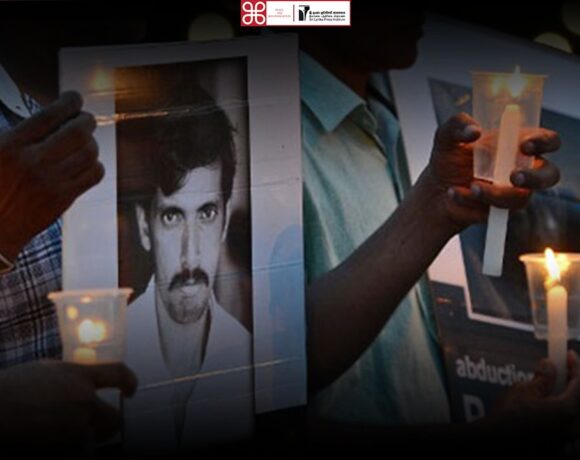