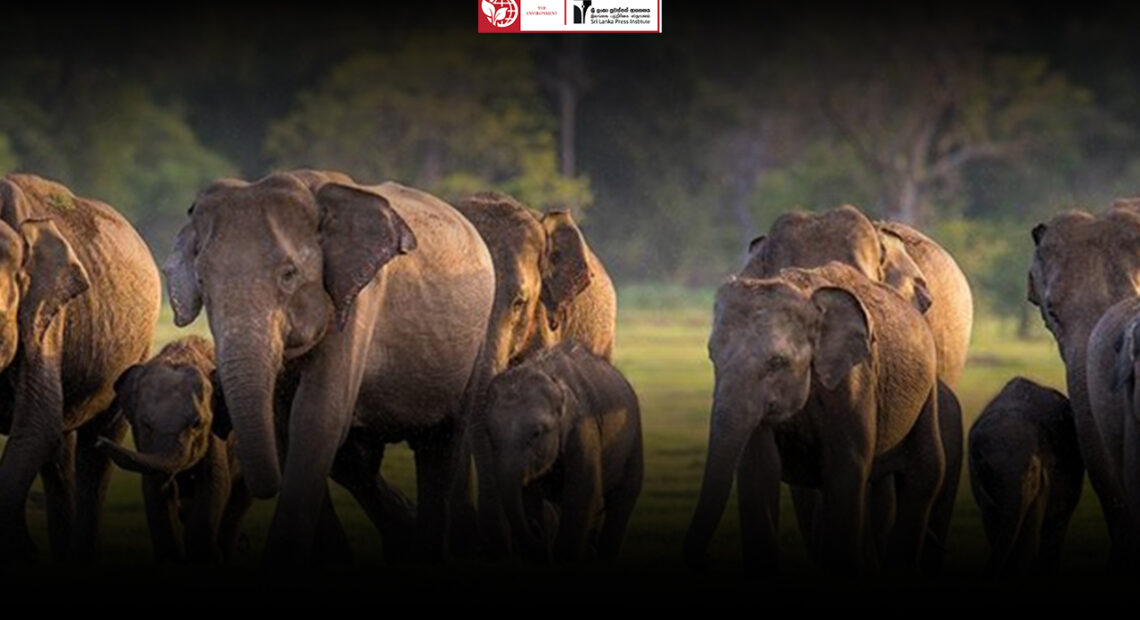 Unlike other societies, Asian society does not look at elephants in isolation from historical and cultural factors. Associating elephants with ceremonies of cultural and historical importance is one reason for this. That is why we have much respect and reverence for elephants, a feeling that has been ingrained in our minds since our childhood with stories such as a white calf entering the womb of Queen Mahamaya, and King Dutugemunu riding an elephant in the battle against King Elara. Elephants become a topic of conversation when Dalada Maligawa and Sri Lanka’s other famous temples hold their annual peraheras.

However, such veneration for elephants is being undermined.

Recently, the world’s largest elephant, Satao, was killed by Nigerian poachers who justified the crime by boasting “We have killed Satao legally”. Satao had no cultural or historical value. Neither was it protected by law in Nigeria. Its death was not a sad event for the people in the poverty-stricken regions of Nigeria where elephant hunting is not an offence. However, it is heartening to note that Satao’s death generated ‘academic pain’ among a certain societal section that wrote about the tragedy movingly. Yet in Sri Lanka and other societies, despite the reverence accorded to elephants due to their cultural and religious importance, they do suffer the same terrible fate similar to that befell Satao. But in Sri Lanka, their deaths also cause profound sadness in most people. That is why we curse their killers in an expression of our anger at these sacrilegious acts.

We grieve over the deaths of not only tuskers tasked with the responsibility of carrying the sacred relics in peraheras, but also other elephants, whether their deaths are natural or not and whether they pose a threat to humans or not. Their deaths evoke prayers for their well-being in the afterlife. This psychological impact is rooted in cultural and historical factors.

In Sri Lanka, tuskers comprise only 4 percent of the wild elephant population. Therefore, the dearth, taken together with the cultural and historical factors, adds to the importance of the tuskers. Their value is immeasurable and their killings stir outrage.

In a short article titled ‘No One Country Can Stop Elephant Poaching’, environmental writer Gregory Verner explains that there are two main reasons why it is impossible to eradicate the inhumane trade of elephant poaching. The first is that terrorist and insurgent groups fill up their coffers with the income they receive from the illicit ivory trade. The second is the failure to eradicate the demand for ivory and ivory pearls due to social, cultural and religious beliefs. The majority of tuskers are killed in the African region. In 2011/14, more than 100,000 elephants were slaughtered for their tusks. The United States and China are the two topmost countries where there is a big demand for ivory. In the US, the possession of ivory is seen as a social status symbol, just as owning an elephant is in Sri Lanka. Tanzania, Zimbabwe, and Nigeria, which together account for the world’s largest elephant slaughter, have legalised elephant hunting to allow Americans, Germans, and Slovakians to hunt in their countries as a means to generate foreign exchange.

In the United States, amidst strong opposition from environmental organisations, the previous administration under Donald Trump, in a move seen as pandering to the taste of high society, drafted laws to remove impediments in the way of trophy hunters bringing home the tusks of elephants killed in Africa.

The problem takes a different turn in China where ivory is brought from Africa to make billiard balls for the casino industry, a key segment of the Chinese economy, and to produce piano keys, expensive furniture, and other items with an economic value. In addition to economic factors, ivory is purchased in large quantities from Africa for religious and mythological purposes. This is why English blogger Mark Memot wrote that as long as there is a high demand for ivory in China, the eradication of African elephant slaughter is a myth. This shows that elephants are slaughtered by hundreds of thousands annually on a global scale to perpetrate the religious, mythological, and social beliefs upheld by humans.

The second reason Verner cites is also relevant to Sri Lanka. Despite the acute human-elephant conflict in Sri Lanka, the criminality of elephant slaughter continues because of the failure to wipe out the social, cultural and religious bigotry in the minds of the people.

Bharana, a tusker from the National Namal Uyana Forest, and another tusker from Pallakadu in Ampara were killed recently for their ivory and pearls. Also killed for the same purpose some time ago was Dala Puttuwa in Galgamuwa. Like in China, in Sri Lanka, too, ivory is not a commodity whose market value is determined by its economic utility alone. Its price is also determined by cultural and ideological values. For example, two ivory tusks (artificial or real) fill an idiosyncratic cultural void at funeral houses. In Sri Lanka, no ceremonial procession is complete without the presence of elephants. Such is the cultural value of elephants. Tuskers are not selected for peraheras if their tusks are not correctly positioned. In addition, sections of the Sri Lankan high society use ivory products as a vulgar display of their power and position, and to show off their ability to stay aloof from the economic and social crises around them. Ivory is regarded as invaluable because there is no proper way or standard to assess its value. These high society people as a hobby fill their shelves with priceless treasures such as ivory products because such display enhances their social status. Dala Puttuwa of Galgamuwa, the elephant of Wilpattu, the elephants of Minneriya and many other unnamed elephants have become victims of poachers because of the mythical beliefs and empty social status associated with ivory and elephant pearls.

Environmentalists and environmental organisations point out that it is barbaric to kill elephants to sate the social, cultural, and mythical appetite of some people. Wild elephants are added to the red list of threatened species. When a species becomes endemic, people should try to save it. However, the rapid decrease in the number of elephants has caused the social, cultural, and mythical value placed on elephants to increase. Saving elephants is a global need. For that, it is necessary to divert the weapons that are pointed at elephants toward baseless beliefs. Without such action aimed at eradicating outdated and irrational cultural, religious, and illusory empty ideas, it is futile to be sensitised about the elephant slaughter. 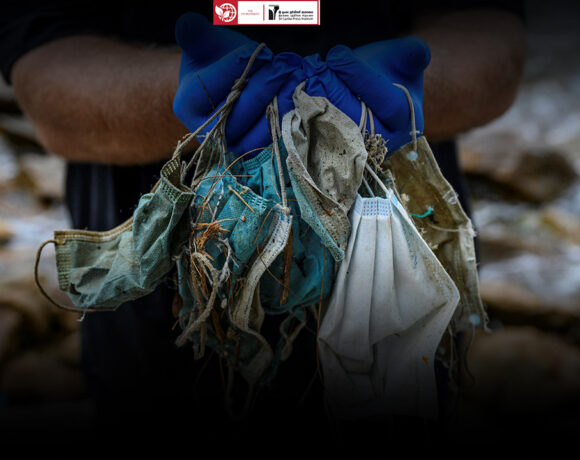 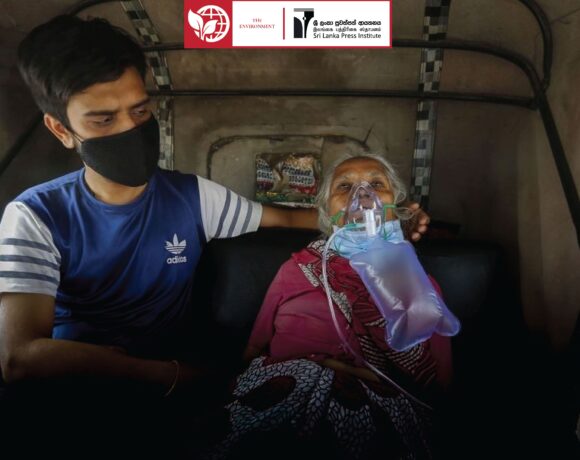 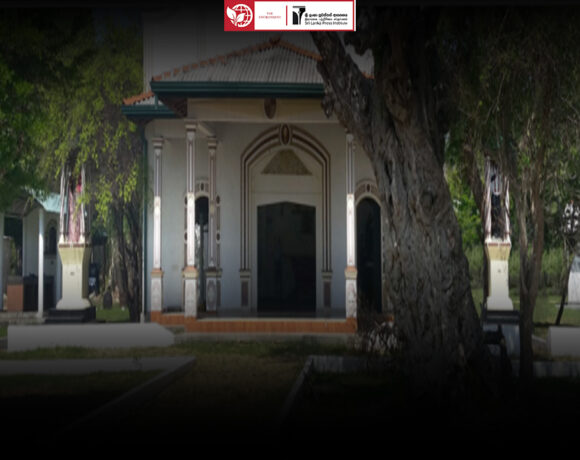